An excerpt from the foreword:

In 1988, almost by accident, I began working with homeless people suffering from mental illness in New York City. This was meant to be a short-term vocation, a year at most. But for the next fourteen years, I worked with the homeless mentally ill in Manhattan in a variety of settings—first on the streets, then in shelters, then in supportive residential programs. All of my clients suffered from, as the psychiatric textbooks put it, “severe and persistent mental illness.” That is, they were diagnosed with various forms of schizophrenia, extreme mood complications such as bipolar disorder and major depression, and a range of personality disorders. Most of my clients had been or were addicted to some combination or other of alcohol, heroin, crack, cocaine, benzodiazepines, and PCP. A very large percentage had chronic physical ailments like diabetes, HIV, and hepatitis. Despite the rather remarkable burden of their collective afflictions, my clients were also often engaging, interesting, and without exception astonishingly resilient.

To quell their unruly moods and their troublesome delusions and hallucinations, my patients were taking all manner of psychiatric medications. Some of these medications had been around since the 1950s and 1960s—mood stabilizers like lithium, antipsychotics such as Haldol and Thorazine—while others, at the time, were brand-new, with strange and exotic names like Prozac, Paxil, and Zoloft. Each year over the course of the 1990s, new psychiatric medications were introduced and consumed en masse by my clients. Some of these new medications arrived with great fanfare and extremely high expectations. In particular, a class of agents called “atypical antipsychotics”—Risperdal, Clozaril, and Zyprexa are the best known—had been shown in early clinical studies to be far superior to the Haldols and the Thorazines. Overnight, it seemed, almost all patients were converted to these new drugs, as well as new-generation antidepressants and mood stabilizers. It was not at all unusual for my clients to be taking three, four, five, or six different types of psychiatric drugs in a given day—a combination not unlike the number of street drugs many of them had once been addicted to.

I am not a psychiatrist. My job was first as a counselor at, and then director of, a number of clinical and residential programs, and finally as a senior administrator at social services agencies and a researcher at medical schools. But I became oddly enthralled by the ongoing parade of medications that entered my clients’ mouths (and sometimes their arms, via injection). I became deeply immersed in the sheer zeitgeist of all that was involved in their ever more complex pharmacological regimens: from the monthly filling of their multiple prescriptions (which would have cost hundreds and hundreds of dollars if not paid for by Medicaid); to the cheerful colors and happy-sounding, near-poetic names of the drugs (and the colors become more vibrant and the names more poetic as the 1990s wore on); to the regular visits of perky drug reps ready to hand out free meals, pens, calendars, and coffee cups to anybody who would listen; and, not least, to the complicated and broadly variable impact of the drugs on my clients’ symptoms, personalities, and physical health. The influence of the drugs ranged greatly: from near-miraculous apparent “cures”; to therapeutic numbing, to no effects whatsoever; to, in one case, a near-fatal attack.

In the late 1980s, when I told people outside the field about my work—say, friends at cocktail parties in suburban, upper-middle-class Connecticut, where I grew up—no one seemed to quite comprehend what I did for a living. The prevailing tenor of these conversations was one of confusion. It would require real effort on my part to explain to these highly educated, eminently bourgeois people the nature of the problems which my clients faced. Sipping white wine, my friends and the friends of my parents struggled to grasp terms like bipolar disorder and schizophrenia. If I happened to mention the medications my clients were taking, the names fell upon barely comprehending ears. (Or I would be asked, in so many words: “Those are those zombie meds that they gave out in the old mental hospitals, aren’t they?”) It was also evident that these professors and lawyers and businesspeople, while not lacking in compassion, suspected my clients of having taken way too many drugs and/or being possessed of a seedy moral shiftlessness. The consensus was that while my clients were no doubt victims of multiple forms of injustice, their own characterological defects or weakness was the primary cause of their problems. I was sure that I was suspected of slumming—of immersing myself in a noble but deeply unsuitable venture for someone of my background and education. Returning to my work on the streets and in the shelters of New York City, I felt that what I was doing was at the very margins of American society.

But by the end of the 1990s, at these same cocktail parties, not only did people enthusiastically appreciate what I did, they were likely to share with me in no longer hushed tones that their friend or son or “someone very close to me” was suffering from depression or some other major psychiatric illness, and many were taking a number of the same drugs my clients were. Words like Prozac and Paxil and lithium were tossed around along with the salted peanuts and the shrimp. Upon learning the nature of my work, people would gather around, and I would be solicited for advice on various technical questions, like how long it took for Zoloft to fully enter the bloodstream and the advantages of Depakote as compared to lithium, or whether a neighbor’s behavior was classically bipolar or merely hypomanic. Everyone seemed to be filled with a new and abrupt compassion for my clients, who, it was now universally agreed, were—of course! how could it be otherwise!—suffering from chemical imbalances and inner torments that, while unseen, were as physiological and real as diabetes or cancer. My career choice was to be applauded, and it was universally agreed that I was engaged in something important and meaningful. Even the terminology had changed: I no longer worked in shelters with psychotic people but in the brand-new shiny field of “Mental Health.”

There was of course nothing unique about the cocktail parties I was attending. These same discussions and attitudinal changes were flowing vigorously through the popular culture. During the 1990s, mental illness became highly visible and quite suddenly almost chic. One celebrity after another confessed to their long-secret psychiatric anguishes. A movie about a genius with paranoid schizophrenia, A Beautiful Mind, won multiple Oscars. Radio talk show hosts began to talk semi-knowledgeably about borderline personality disorder and the differences between SSRI and MAOI antidepressants. The wife of the vice president of the United States, Tipper Gore, revealed in a national op-ed that she had suffered from clinical depression. In 1999, Bill Clinton convened a high-profile summit meeting on the nation’s mental health, and his surgeon general released the first report on that topic. Even George W. Bush, not typically known for his progressive stances, issued his own remarkably forward-looking report on mental health in 2002 and publicly supported “mental health parity”—equality in the insurance coverage of physical and mental ailments. Bush declared: “Political leaders, health-care professionals, and all Americans must understand and send this message: mental disability is not a scandal—it is an illness.” In a reflection of how much support for “mental health” has moved to the fore, in 2004 California passed Proposition 63, “the millionaires for mental health tax,” by which citizens with personal income over $1 million were levied an additional tax to fund the expansion of public psychiatric services. Over the course of the 1990s and into the 2000s, there was widespread optimism about the new medications and about the curative possibilities of advances in psychiatry in general. I would attend psychiatric conferences and hear breathless predictions that the genetic causes of schizophrenia would be identified within a decade, and a cure would follow not long thereafter.

But the biggest sign of the newfound acceptance of and fascination with the new biological psychiatry lay within our own bloodstreams. Each year more and more Americans were taking psychiatric medications, particularly the SSRI (selective serotonin reuptake inhibitor) antidepressants like Zoloft, Paxil, and Prozac… 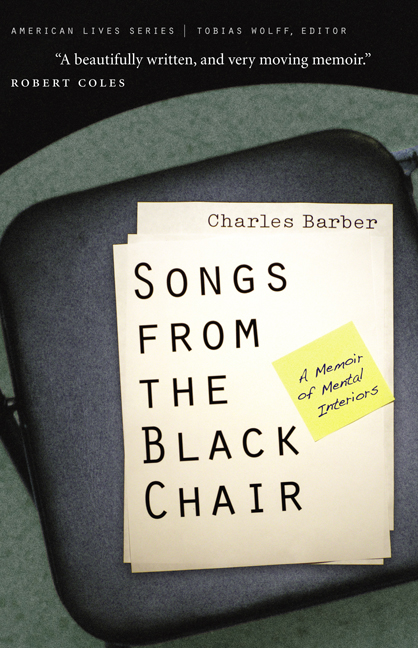